I love soup. It’s filling, earthy, and comes in dozens of shades of glorious brown. Best of all, some of the heartiest soups use inexpensive things like lentils, beans, rice and barley, which is pretty nice when you’re broke as smoke. You can make a giant pot of soup for under $5, and that’s a pretty solid deal as far as liquids are concerned. 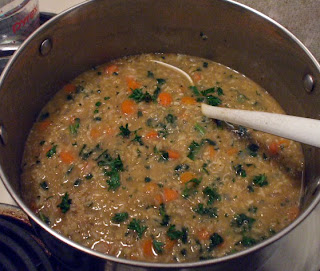 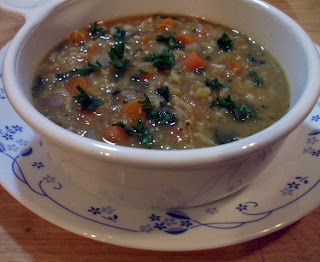 Very tasty and fragrant! As you can probably tell from the photo I’ve added a little bit of finely chopped kale and parsley to the soup, because I felt like it needed a little something extra texture-wise, plus without a little pop of green it kind of looked like loose baby poops. Check out the super-sexy close-up: 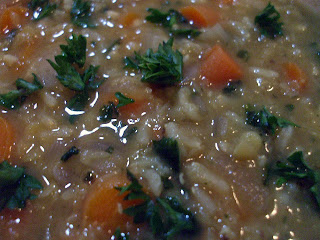 I also added a tiny bit of celery seed, because that’s how I roll. The first time I made this soup I was out of coriander and had to make do without. It still tasted decent, but in this case a meager teaspoon of the stuff makes a world of difference to the flavor. Coriander somehow manages to be tangy and flowery at the same time, which adds a super-duper tastiness and complexity to this otherwise simple soup. I had actually passed over this recipe the first couple of times I pawed through the book, thinking it wasn’t interesting enough, but I was so very wrong.

Final verdict: 8 out of 10 grains of Basmati rice

STUDIO APARTMENT-FRIENDLY BONUS TIP:
If you’re trying to pinch pennies and don’t have the space to make your own veggie stock, broth concentrates are your friend. Most soup recipes will call for at least four cups of stock/broth, but rather than dirty up an extra pot I like to dilute the appropriate amount of stock concentrate in about one cup of hot water, then add the rest of the liquid directly to the soup pot in the form of plain ol’ water. Easy soupeasy! 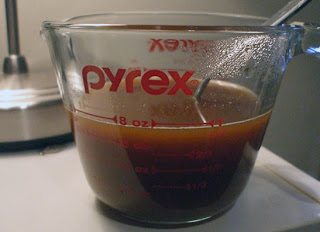